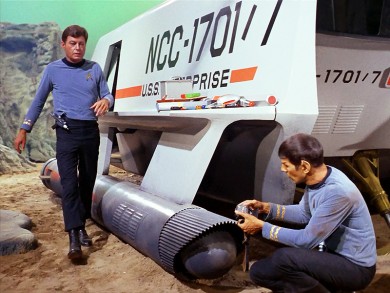 After well over a decade in Starfleet Spock is given his first command. Spoiler alert: leading is about more than logic, as evidenced by the fate of “The Galileo Seven.”