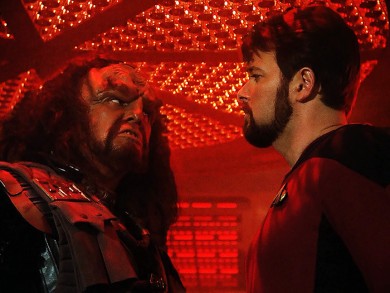 A Matter of Honor

Did you know Starfleet has an exchange program? Well it does. And Commander Riker is away on a Klingon ship. For a very short time. Because the Klingon ship is about to be destroyed by a subatomic something that’s eating the hull of the Klingon ship. That was spotted by the Benzite exchange officer on the Enterprise. He did not bother to tell anyone about it though. Bottom line: Everyone has a lot to learn when we put A Matter of Honor in the Mission Log.