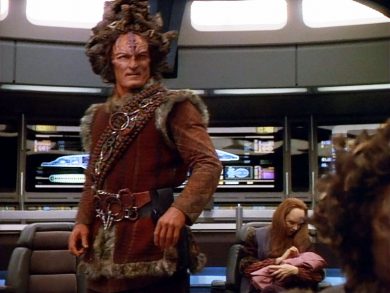 The Kazon have got the Voyager crew right where they want them: stranded on a primitive planet. Say goodbye to season 2 and hello to season 3 when Mission Log gets back to Basics.

Star Trek may be fifty-plus years old, but based on the last twelve months it’s certainly not showing its age. 2022 was a landmark year for Trek, and while it may be too soon to say whether it was the franchise’s “best year,” it was arguably the “most Trek” year. Part or all of five TV seasons delivered, each from a different series. Fifty-one episodes streamed over forty-one weeks. Somehow, both starting and ending the year with Star Trek: Prodigy Season 1. From classic characters to new favorites, for adults and kids alike, and from serious drama to surreal comedy, Star Trek seemingly had something for everyone. So to celebrate, here’s a look back at the characters, events, and everything else that made 2022 memorable (for this fan at least). END_OF_DOCUMENT_TOKEN_TO_BE_REPLACED