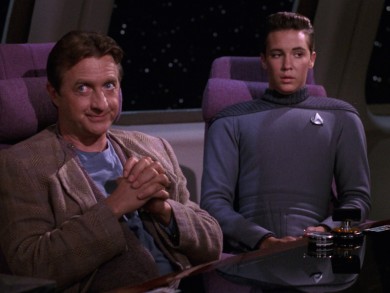 Doctor Paul Stubbs is on the verge of completing the work of his life – an experiment on which he has worked for 20 years. It is also an experiment that can only be run once every two centuries, so getting it right would be good. Sadly, an experiment run by Wesley Crusher has taken on a life of its own. Literally. It could kill the work of Doctor Stubbs. It could also kill everyone on the Enterprise. Season three of Next Gen begins when we put Evolution in the Mission Log.