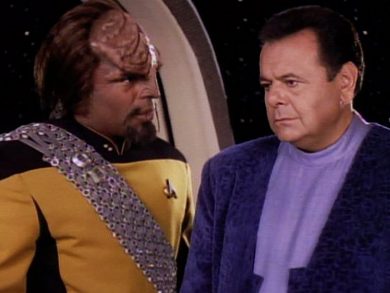 Worf’s adopted-brother has been quietly studying the people of Borall II until it looks like the whole planet is about to be destroyed. With the help of the Enterprise, he gets out of there, but he brings a village along with him. But they don’t know it because they’re being hidden in a holodeck. The Prime Directive takes a holiday when Homeward goes into the Mission Log.