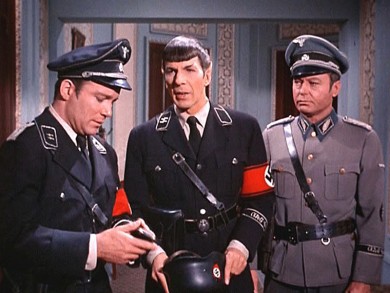 Kirk drops in on an old history professor. He’s a kind and brilliant man, who just happens to have set himself up as the fuhrer of a new Nazi party on a distant planet. Can the Enterprise crew put right what John Gill has made wrong? Find out as we put Patterns of Force in the Mission Log.