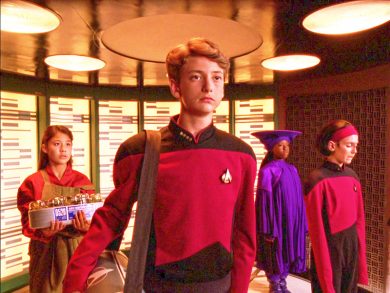 Picard is shorter and has more hair than usual. In fact, he’s a 12 year old kid, and so are Keiko, Guinan and Ensign Ro. Are they still themselves even after a physical transformation? Can they still do their jobs, and do they have what it takes to defeat Ferengi invaders?