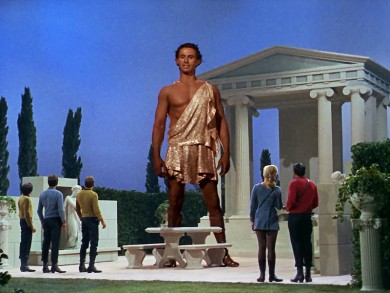 Who Mourns for Adonais?

The Enterprise confronts its most powerful super-being so far. Can getting away be as simple as choosing to not believe in it? Find out as Mission Log asks, “Who Mourns for Adonais?”