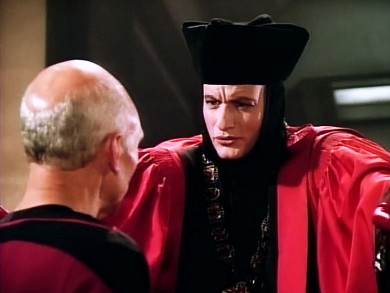 Meet the Enterprise and her crew for the first time. Again. For the first time. This is NCC 1701-D with Captain Picard, First Officer Riker and – you get the idea: New ship, new crew. All of that and Q, too! What new things will we encounter? Find out when we put Encounter at Farpoint in the Mission Log.