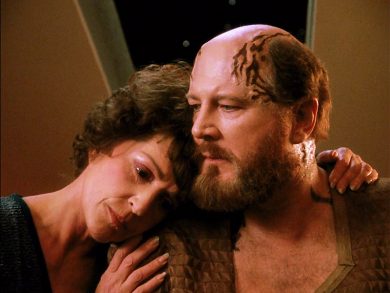 Dr. Timicin’s attempt to save his planet’s dying star has failed. Now, he has to kill himself. That has nothing to do with the failed science experiment. It’s just his time. You see, Timicin is turning 60. On his planet, that means a tiny taste of armageddon for the birthday boy or girl. But Timicin still has work to do. Plus, he’s fallen in love. Will he go gentle into that good night? Find out when we put Half a Life in the Mission Log.