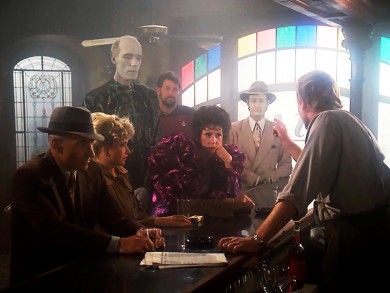 It is the return of Lwaxana Troi. Ostensibly on an ambassadorial mission, she is in fact a woman on the prowl. Lwaxana is going through “The Phase,” a time in the life of a Betazed woman that ratchets her sex drive to 11. She must have a husband. While her sights are initially set on Captain Picard, when he proves elusive, no man is off limits. Who will be the lucky guy? Find out when we put Manhunt in the Mission Log.