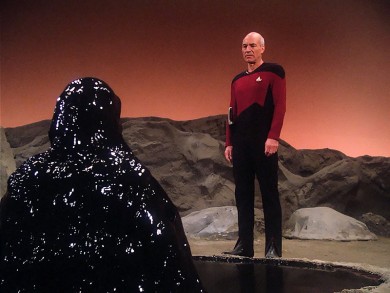 It is the La Brea tar pits meets Doomsday! It is Star Trek: The Next Generation meets The Blob! It is Tasha Yar meets her demise! It is Skin of Evil meets Mission Log!