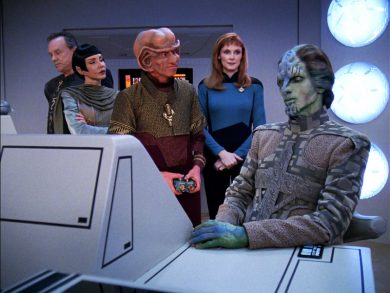 Dr. Reyga, a Ferengi scientist, has invented a type of shielding which could allow a spacecraft to safely enter a star’s corona. Testing it on board one of the Enterprise’s shuttles leaves a fellow scientist dead followed shortly by Reyga himself. It’s up to Dr. Crusher to solve the mysterious deaths and possibly save herself from a court martial. This week, we put Suspicions in the Mission Log.