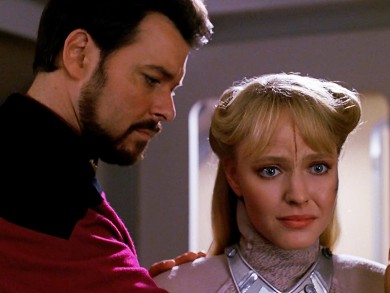 The Acamarians have survived centuries of blood feuds. On the road to a more peaceful future, there is still one band of Acamarians – the Gatherers – bent on a violent existence. But even they would like to stop fighting and come home. There is just one problem: someone is carrying an ancient grudge, and it could derail plans for peace. Can Picard broker a deal between the two sides? Can Riker stop the last of the would-be assassins? Find out when we put The Vengeance Factor in the Mission Log.