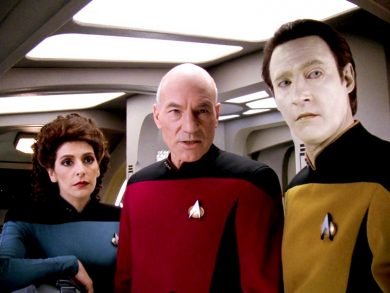 A rift in the space-time continuum freezes the Enterprise and a Romulan warbird in battle… or so it looks to Picard, Data, Troi and LaForge from the outside. When they dig a little deeper, they find all that timey-wimey stuff may not be exactly as it seems. Plus, the Enterprise blows up real good. Timescape goes into the Mission Log.