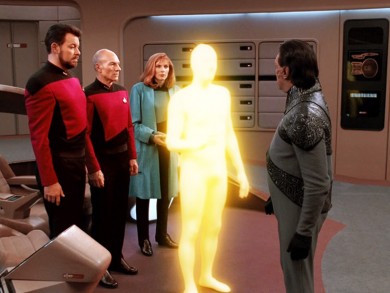 It is a long slow period of star charting for the Enterprise, and good thing too. The ship has picked up a potentially troubling alien. He seems nice enough, and he can heal people with a touch. There is just one problem: The government of his home world says he is dangerous and much be put to death. Also, he killed Worf, so maybe there are a couple of problems. Who or what is this being? Find out for yourself! Meet John Doe when we put Transfigurations in the Mission Log.