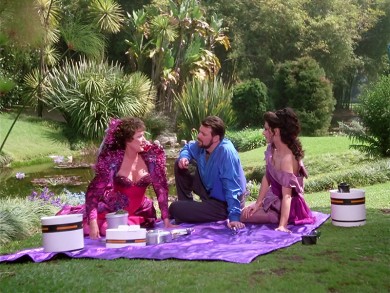 All Lwaxana Troi wants is for her daughter, Deanna, to settle down and raise a family. Or that is all she wanted before she, Deanna and Commander Riker were kidnapped by a particularly unscrupulous Ferengi. Can they escape the fiendish Ferengi clutches? And is this the week we send young Wesley Crusher off to the academy? Find out when Mission Log indulges in a little Menage a Troi.