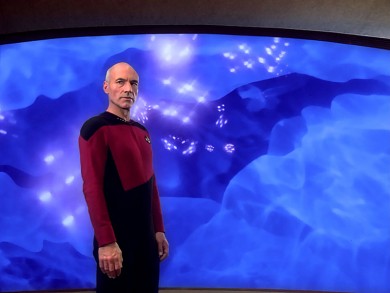 Where No One Has Gone Before

The Enterprise is a ship of exploration. It does a lot of traveling. So how can a guy who calls himself The Traveler shake up everything the Enterprise crew knows? And who’s the jerk he’s riding around with? Find out when Mission Log goes… Where No One Has Gone Before.