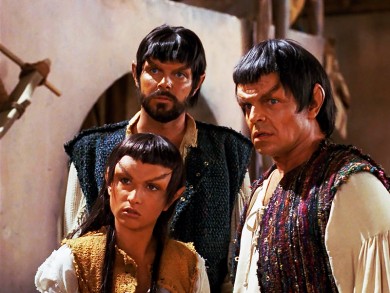 Who Watches The Watchers

Think of the worst game of hide-and-seek you have ever had. Now quintuple it. Yours may have ended with name calling and hurt feelings. This one is derailing the development of a civilization and reigniting a belief in magic and superstition. What does Captain Picard say when asked if he is a god? Find out when Mission Log watches Who Watches the Watchers.