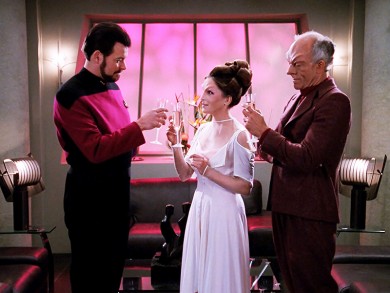 A Matter of Perspective

Commander Riker is on trial for murder. He tells his story, but the widow of the dead man tells a different story that tears holes in the story told by Riker… and Counselor Troi says neither person is lying. Meanwhile, an unknown something is tearing holes in the Enterprise. How can both of these mysteries be solved? Find out when A Matter of Perspective goes into the Mission Log.