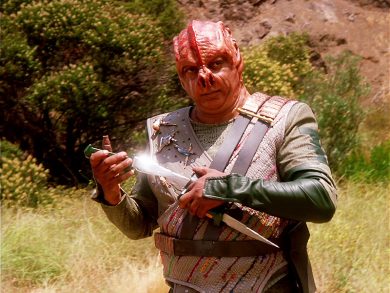 Listeners, waiting, their ears unfurled. The Enterprise makes rendezvous with a race known as the Children of Tama. No one has understood them for 100-years and it looks like the Tamarian captain wants to fight. But with whom and against what? And what will fighting solve anyway? Find out when we put Darmok in the Mission Log.