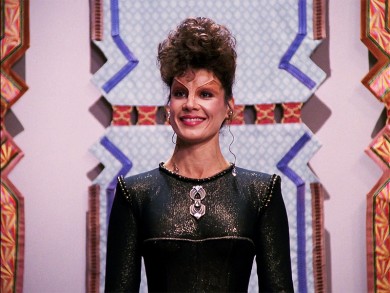 The population of Ventax II is losing its collective mind. That’s because Ardra, the deity that brought 1,000 years of peace to the planet, is coming back to collect her payment: the servitude of every Ventaxian, as well as the servitude of every person orbiting Ventax II. Sadly, this includes the captain and crew of the starship Enterprise. But maybe Captain Picard can find a loophole in the contract. Also, are we SURE Ardra is a deity? Part Columbo and part Perry Mason, it’s time to put Devil’s Due in the Mission Log.