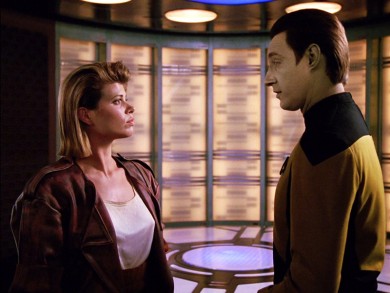 The Enterprise is on a rescue mission. Two Starfleet officers have ended up on Turkana IV – failed Earth colony and birthplace of former Enterprise security chief Tasha Yar. Imagine their surprise when they meet someone who claims to be Tasha’s sister. But is she really? And even if she is, can she be trusted? Warring factions! Familial ties! An android that may or may not have feelings! Join the away team when we put Legacy in the Mission Log.