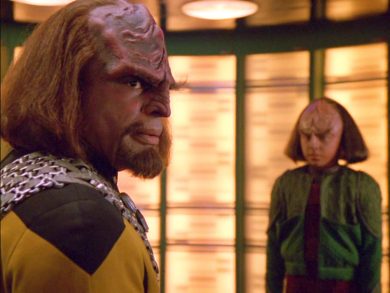 The Enterprise is going on a surfing safari, following a test ship riding a soliton wave warp speed. Also, Alexander Rozhenko – son of son of Mogh – is back, and this time he is back to stay. Lying! Stealing! Parenting! Endangered species! The potential destruction of the Enterprise! So many issues, when we put New Ground in a very special episode of Mission Log.