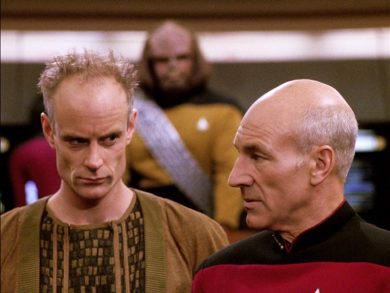 A Matter of Time

Professor Berlinghoff Rasmussen is a blast from the future. He is here to study his history in its natural habitat: back in time. He has picked a boring mission to study though. It is just a run of the mill “save 20-million people from disaster” cake walk. Yet the presence of Rasmussen makes the crew of the Enterprise think there is more going on than they know. History happens now when we put A Matter of Time in the Mission Log.