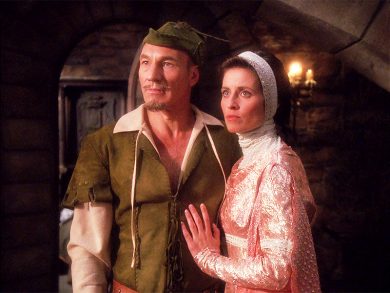 Captain Picard is keyed up. He has to give a speech to a bunch of archeologists and he is nervous. But his old flame Vash is on the ship and he finds a way to relax. Until Q shows up. Then everyone is off the Enterprise and fighting for their lives in Sherwood Forest. Can Captain “Robin Hood” Picard save Maid Vash? Find out when we put Qpid in the Mission Log.