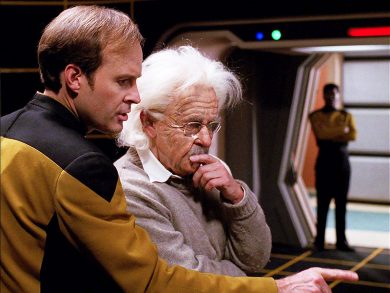 Reg Barclay is back on the holodeck, but he’s not up to his old tricks. He’s up to new ones, including bending space, teaching Einstein a thing or two, hitting on Deanna Troi, and acting! Should he be stopped? And if so, how? Find out when we put The Nth Degree in the Mission Log.