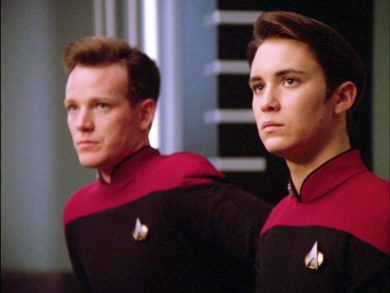 Wesley Crusher is a pilot on an elite team of flyers. Yeah. We are not sure when that happened either. Tragedy has hit the team though. A crash has led to the death of a member of Nova Squadron. They say it was an accident, and it probably was. Still, the members of the team know more than they are telling. It is up to Captain Picard and Groundskeeper Boothby to bring the truth to light. Or to get Wesley to do it. Find out what happened when we put The First Duty in the Mission Log.